The table saw is likely the most widely-used tool in a modern woodshop. From cutting sheet goods and ripping longboards to making precise miter cuts or cutting dadoes and rabbets, the table saw is often the centerpiece around which the shop is constructed. Statistically, it is also the most dangerous of all woodworking tools, which means that a focus on user safety when working with a table saw is of the utmost importance.

In addition to following the standard safety rules that should always be used in the woodshop, like wearing the proper safety equipment, including safety glasses, hearing protection when necessary and appropriate clothing, one of the most important factors when using a table saw is knowing your stance when using a table saw.

While this may seem like a trivial topic, as you’ll see from a personal example in a moment, it is a crucial concern.

One of the most dangerous aspects of a table saw occurs when the two halves of a board being ripped begin to close together beyond the saw blade, causing the wood to pinch the blade. The spinning motion of the blade as it’s being pinched then propels the wood back towards the operator. This is called a kickback. Most table saws are equipped with a series of features designed to help alleviate kickback, such as a riving knife or anti-kickback pawls, but neither can prevent kickback altogether. Even saws with advanced braking mechanisms such as those built by SawStop cannot prevent kickback.

So, even with every safety mechanism in place, kickback can still occur. This is where a proper stance comes into play. In most cases, your table saw’s fence will be positioned on the right side of the saw blade, and when ripping aboard, you’ll be holding the board firmly against the fence (and down onto the table) with your left hand while guiding the board forward through the cut with your right hand.

On more than one occasion, I’ve experienced this first-hand. Case in point: Not long ago, I had rolled my table saw outside of my shop and was ripping some 6-foot long cedar boards for a project. While using the stance and hand positioning I mentioned above, I didn’t notice that the two halves of the board began to pinch after the saw blade, and it kicked back. Matter of fact, the board was propelled with such force that it flew right past my hands, and came to a rest about 20 feet behind me. Because I was standing to the side, I faced no injury whatsoever – the board simply flew through my hands. Had I been standing behind the board, however, the full force of that board would’ve been thrust directly into my mid-section, which could’ve caused a very painful injury at the very least.

As an additional note, for this reason, I never allow anyone to stand directly behind me when operating a table saw. Had there been an observer nearby who was watching from behind, they’d have been in the line of fire. Any observers should always stand to the side of the operator, at least a few feet away.

Work Safely with Your Compound Miter Saw.
Maintaining and Caring for Your Air Compressor.
Comment 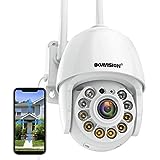