Ever missed a deer? If not, then you probably haven’t hunted very much. This article describes some of the “best” and most common ways to miss that buck of a lifetime… or a nice fat doe, or any other big game.

Yep, it can sometimes be that simple. If you don’t aim, your chances of hitting your target go down – way down. Been there, done that.

The third time I had a chance at a legal deer, he almost got away. After I’d BLAMMED at it three times and produced no effect other than making him pause after each shot to wonder what the heck was going on, I said to myself, “Aim, idiot!”

The next shot hit the neck, and down he went.

Uh yeah, I’ve been there on this one, too. The first legal buck I ever had a chance at came strolling up behind me one fine day, and all I could do was sit there like a moron, eyes agog, tongue hanging out, quite possibly dribbling drool onto my tree stand. The buck looked up at me and almost giggled. Me, I was way beyond giggling, probably because I couldn’t breathe.

He walked away, disappearing immediately in the thick brush. I snapped out of my trance, and my heart broke. I decided it might be a good idea to actually try to shoot the next buck that came along. And I did, too, but it didn’t happen until the following season.

• Shoot Without a Rest.

I really can’t say whether I’ve missed for this particular reason or not, but I have certainly missed deer when I didn’t rest my gun on something to steady it. When I have sought out a place to rest my gun when I got shaky (which happens often when I’m about to shoot at a deer), I’ve usually made the shot.

Face it: we’re human, we go about on two legs, and we do our aiming way up on top of our bodies. This makes us a little less stable than we need to be when it comes to shooting accurately. So do your best to prop up on something and get steady. This also makes you think more about aiming, so you hopefully won’t forget to do so.

Shoot! SHOOT! He’s going to getaway! Shoot Now!! Okay, let’s be honest here. If you have never silently screamed a command to yourself like the one above, then you quite possibly haven’t enjoyed a wide array of hunting experiences.

We tend to get in a hurry because things happen fast in the woods. Deer appear, and they disappear. Yes, I do believe they have mastered teleportation. But, rushing the shot is a very bad idea, and almost always results in a miss.

Keep Dad’s sage words of shooting advice in mind: “Take your time, but hurry up.” If you take that extra half-second or whatever it takes to get yourself together properly before you take a shot, you will enjoy much more consistent success.

This one is pretty straightforward. If you can’t hit what you’re aiming at, then even something as basic as remembering to aim won’t help you. Go to the range, get familiar with your shootin’ iron, and make it hit where you’re aiming.

Try different brands of ammo in different bullet weights (different arrows, broadheads, etc) — staying with something suitable for the game you’re hunting, of course. Find something that hits where you aim, all the time. Then, stick with that ammo and don’t change it without heading to the range again to see where the new stuff hits.

This is true for bowhunters and gun hunters alike. Practice! Make sure you can hit where you aim. Any other approach is unethical… and just plain dumb.

• Forget to Pick a Spot.

This one can get ugly. When you forget to pick a spot at which to aim, you stand a fair chance of hitting the deer poorly. And losing a deer that’s been hit is infinitely worse than missing entirely – but you can miss ’em, too, if you don’t pick a spot.

Decide where you want to hit the deer. That can vary, depending on the distance between you and the deer, the angle at which you’re viewing it, and a number of other factors. Once you have decided, concentrate on that spot, and put the bullet (or arrow) there. This helps you remember to aim, which is always good.

• Hunt with an Empty Gun.

Yeah… this one is pretty self-explanatory. If your gun’s not loaded, it won’t go bang.I myself have never tried to shoot a deer, only to hear the ominous and heart-rending CLICK of the firing pin falling on an empty chamber – but I have gone to unchamber around when my hunting was done and found that there wasn’t around in the chamber. Doh!

Everybody says you need to squeeze a trigger nice and smoothly. You know what? They’re right. You know what else? We humans don’t always do things the right way.

Once upon a time, a rifle I owned failed to fire at a deer, twice in the same morning. It taught me a number of lessons, and the trigger pull was one of them. The first time the gun failed, I had a nice big doe in my sights. I had carefully scoped her to ensure there were no antlers hiding behind those big ears. The safety was off, and it was time to shoot!

So I pulled the trigger. The gun did not go bang, and I watched my scope crosshairs jump like a bullfrog because I’d yanked the trigger brutally, like Charles Atlas slapping a bully on the beach.

When that rifle failed again an hour later, at least my aim was steady.

I have experienced the misery of a badly malfunctioning gun. In my case, it was a post-’64 Winchester Model 70 which decided not to fire when asked to do so. It did this twice on the same morning. I didn’t enjoy it.

I later discovered that if the bolt was cocked and the safety put in the middle position and then the bolt was opened and closed, it would not shoot. This was how I chambered a round when hunting.

After I took the action out of the stock and put it back, it would not malfunction again. I found nothing awry with the parts when I tore it down.

The lesson here is: Know your gun. If I had loaded it at the range the same way I load it when hunting, I would probably have discovered the problem under much better circumstances.

• Pretty Much Just Lose Your Mind.

Many’s the time when a hunter’s brain takes him someplace odd… and I’m still not sure what that place is. I do know that it’s better left unvisited because it can cause even experienced hunters to forget or disregard things they have known for years. It’s generally more brutal to new hunters, though.

They call it buck fever, and the only cure is experienced… and even that sometimes allows a relapse. Prevention? More time in the woods, more exposure to deer, and plenty of practice at the range.

But don’t get cocky… once you think you’re over it and buck fever will never haunt you again, you’ll find yourself trembling and babbling in a tree stand, watching the buck of a lifetime saunter off into the sunset.

4 Ways to Extend the Life of Your Hiking Boots 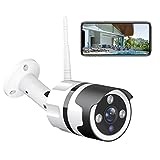